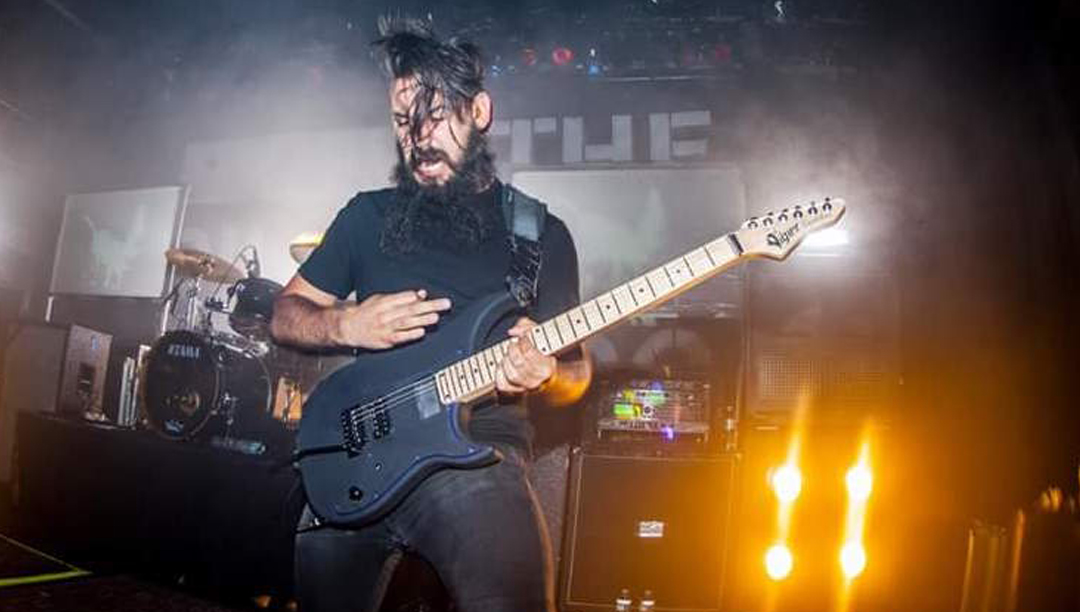 Guitarist of the American band The Dillinger Escape Plan, he is also the owner of Backroom Studios in New Jersey where he also works as a producer and sound engineer. 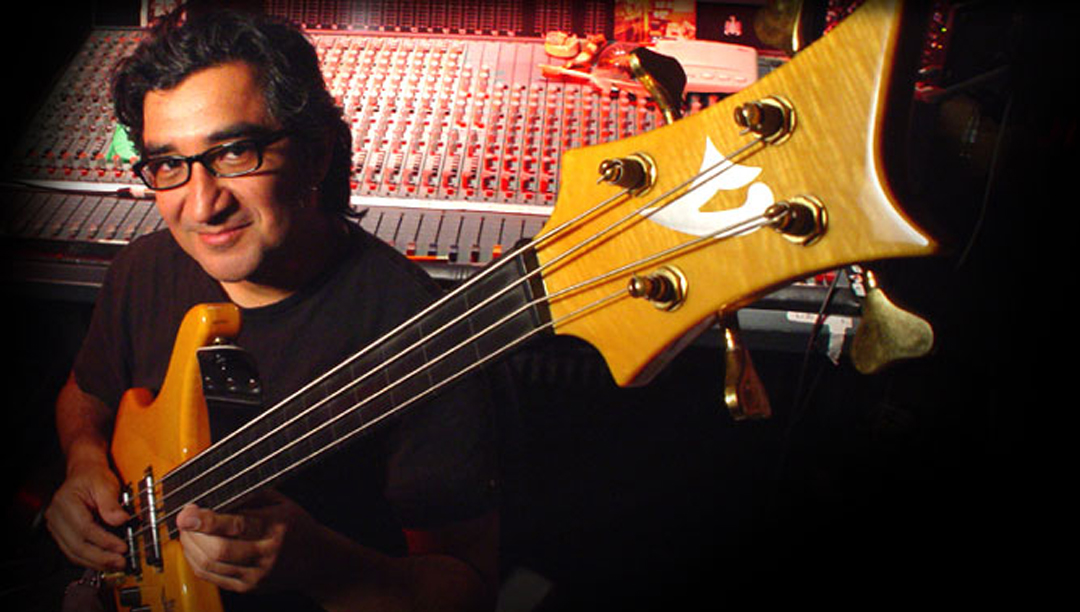 American bassist of the band the Mutaytor, he was also the bassist of the successful new wave band Oingo Boingo. John has also toured with Neil Young and the Promise of the Real and is an acclaimed producer in LA. 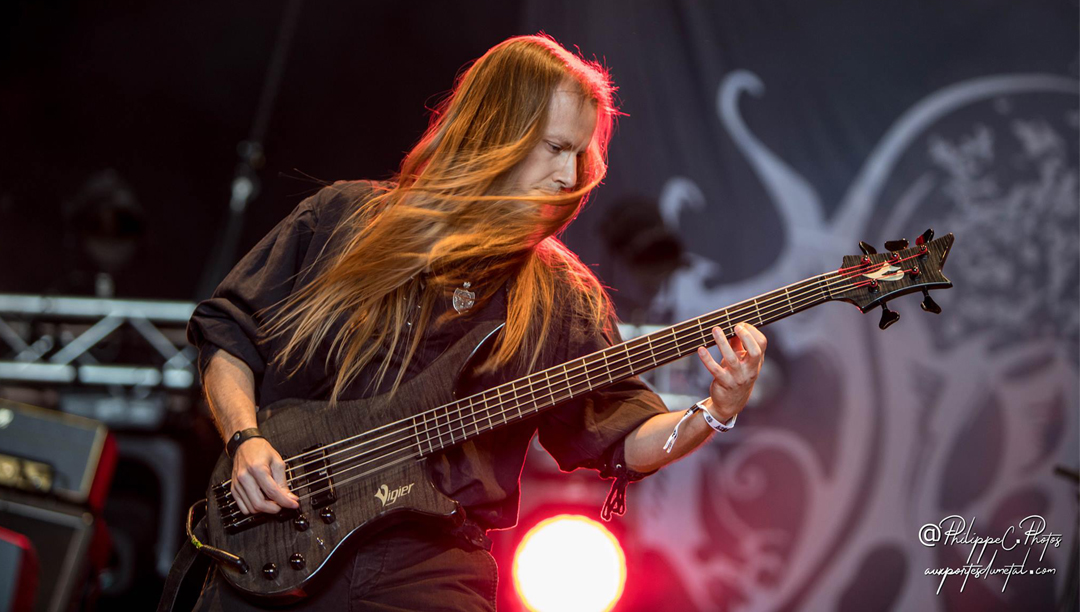 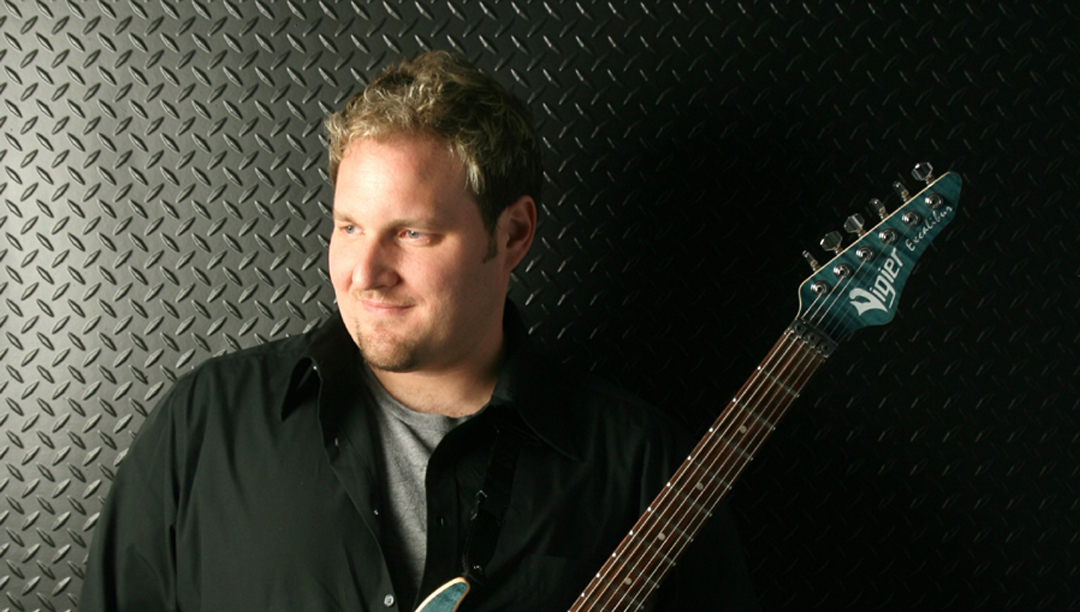 American guitarist and multi-instrumentalist, he officiates in his solo project named Scott Allen Project playing in an instrumental and progressive Hard Rock style. 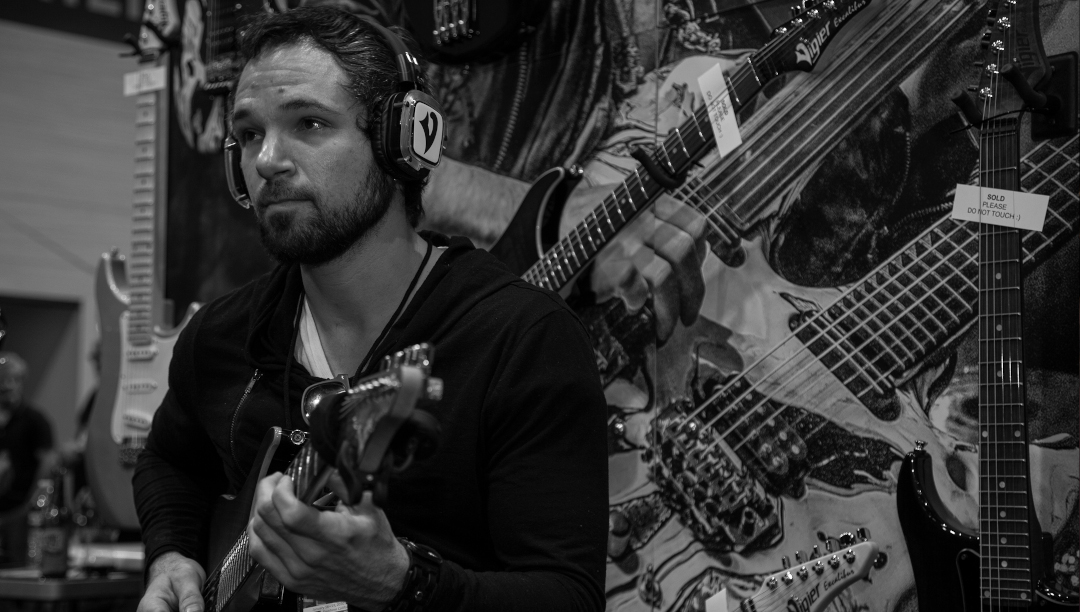 Cameron Allen joined the Vigier family by winning the Next BendNote Talent Competition in 2012. Since then he has used his insane talents to teach a generation of guitarists and forge his own musical path. 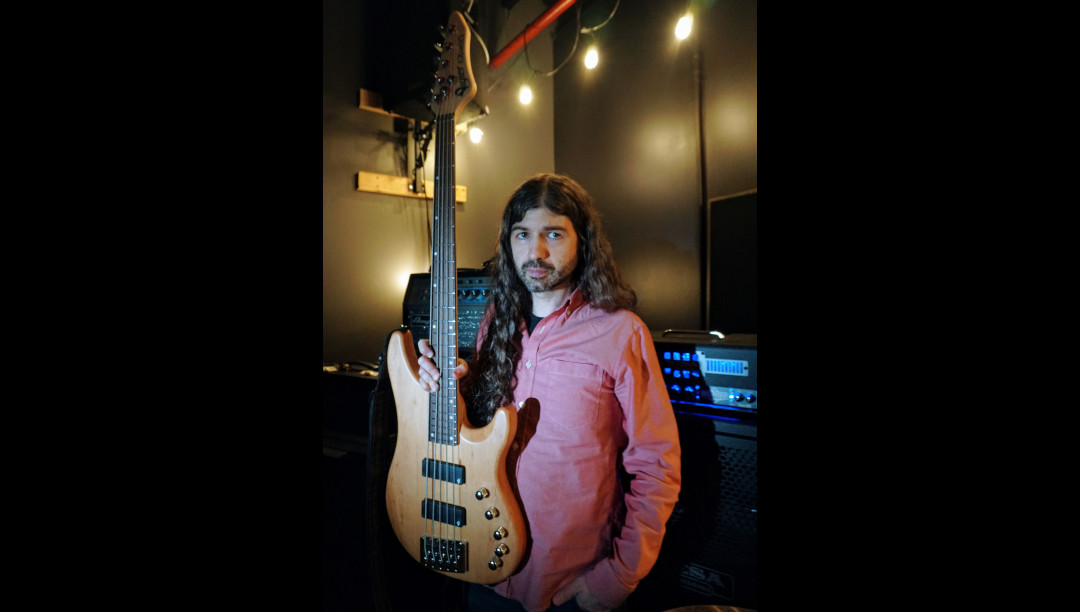 Chris Alfano is a NJ based bassist for the bands East of the Wall, NY in 64 and Rough Spring. 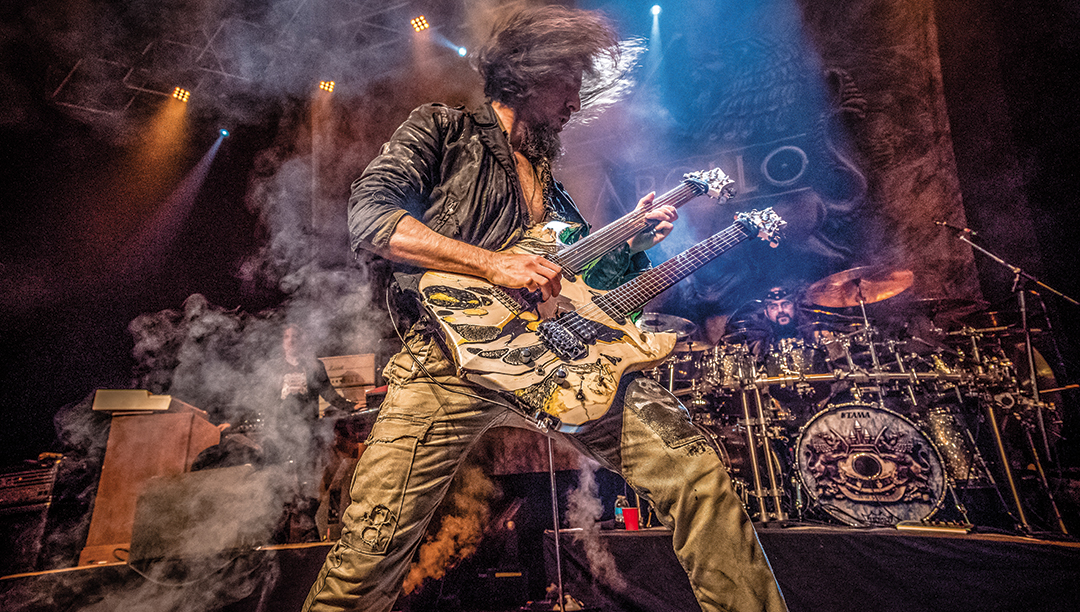 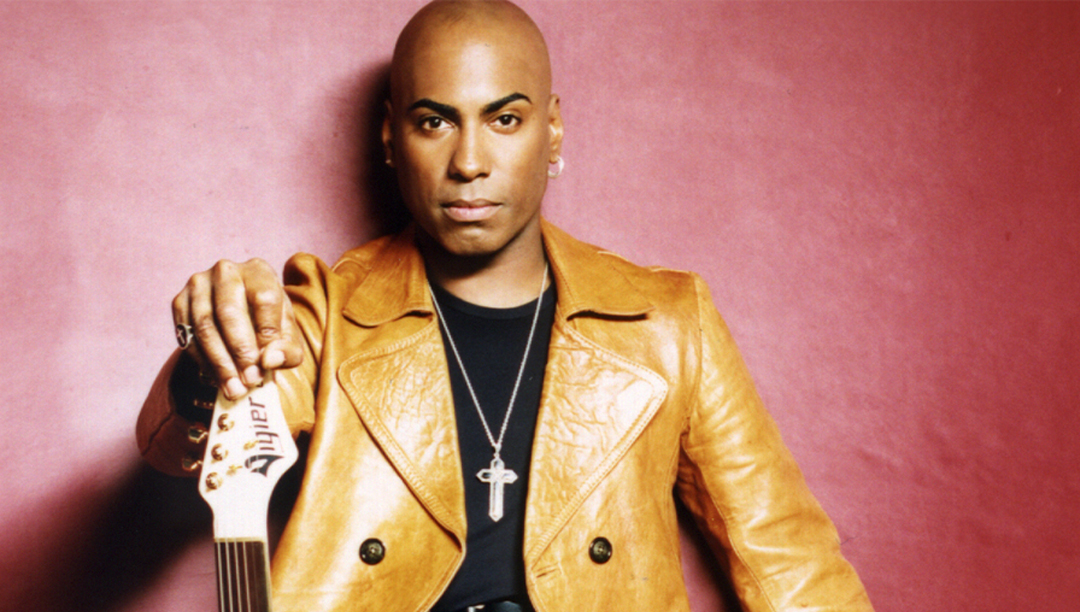 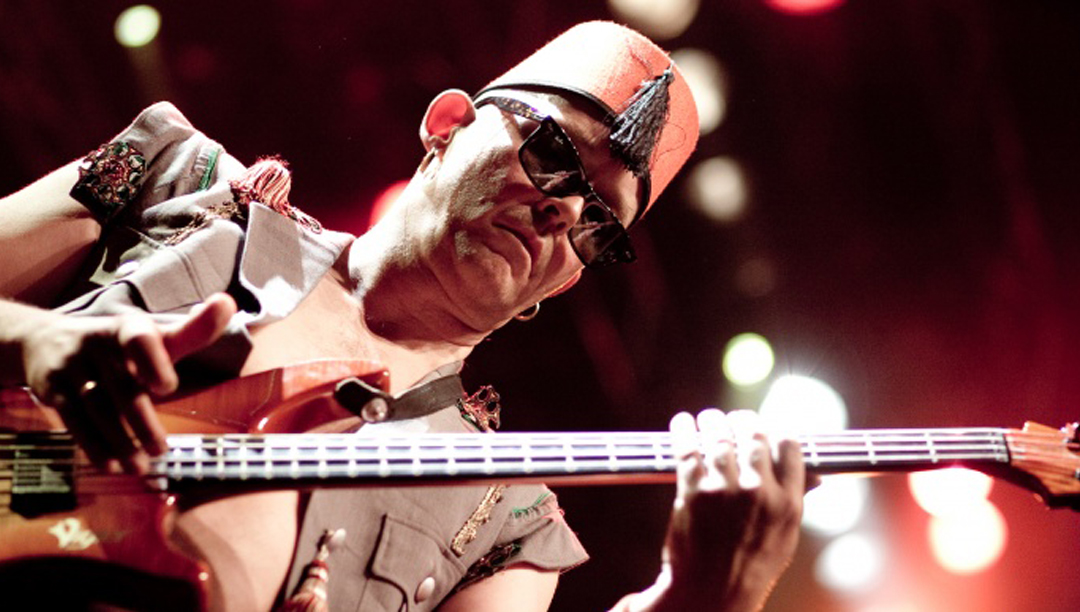 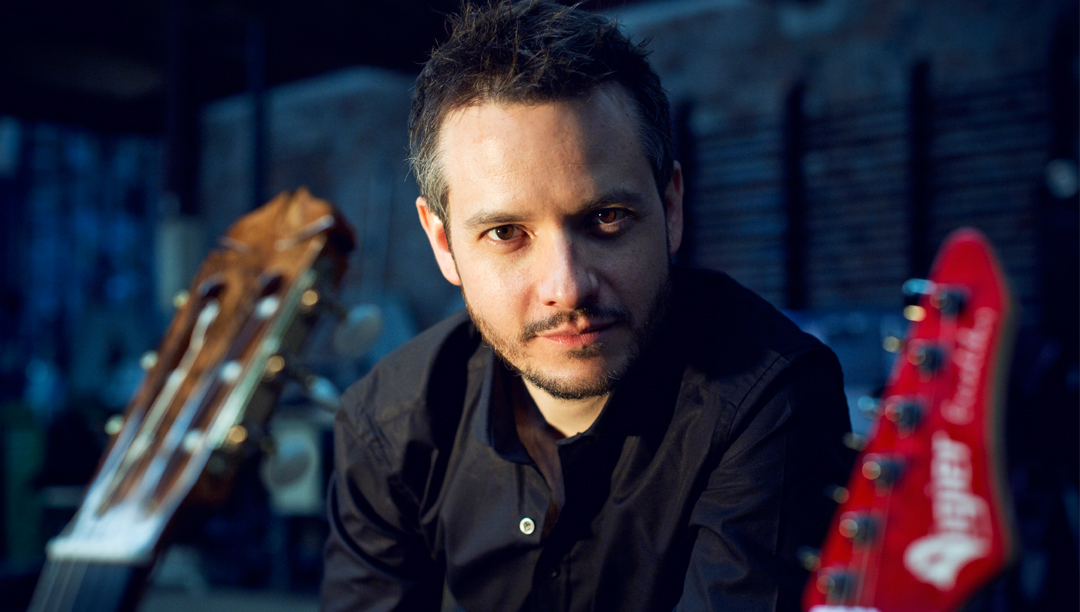 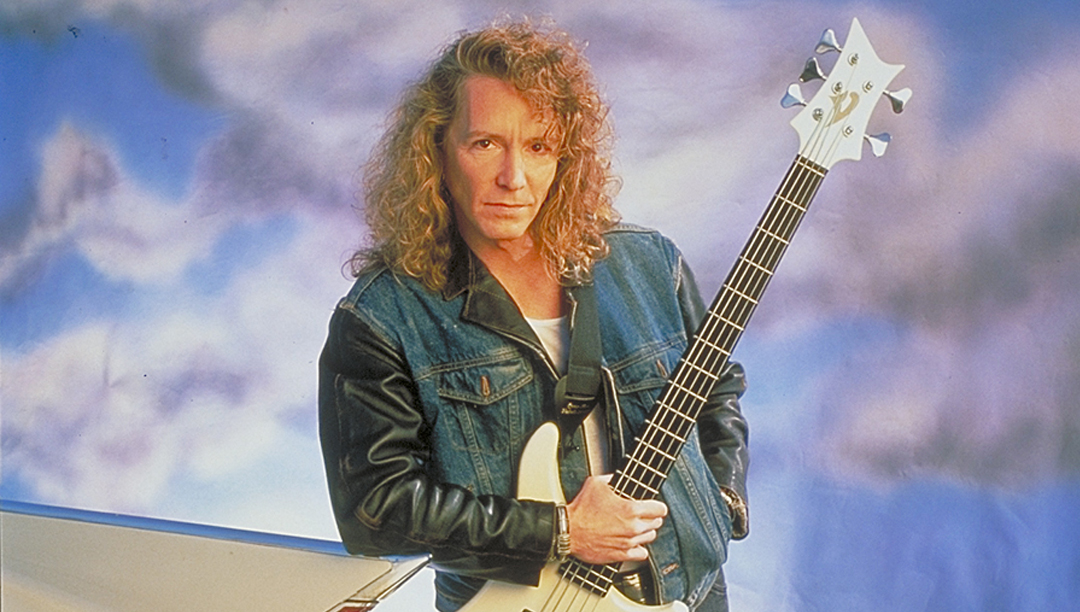 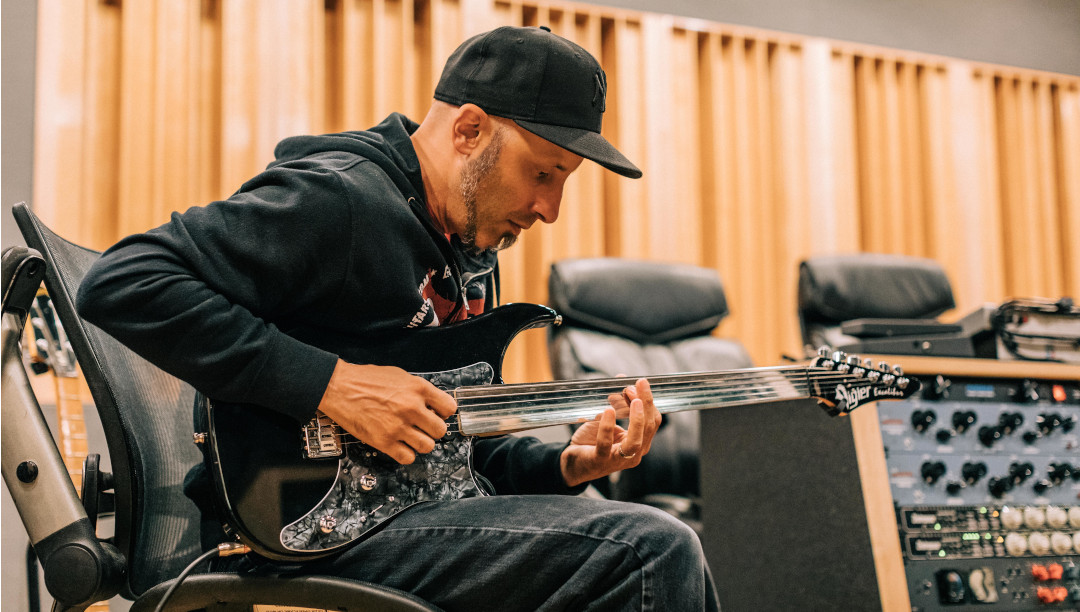 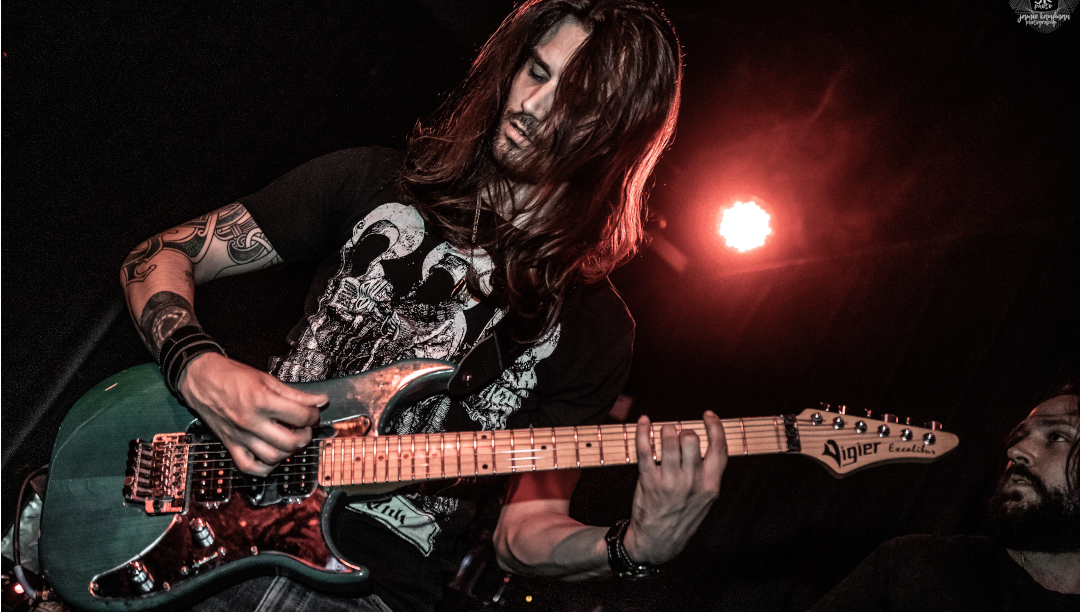 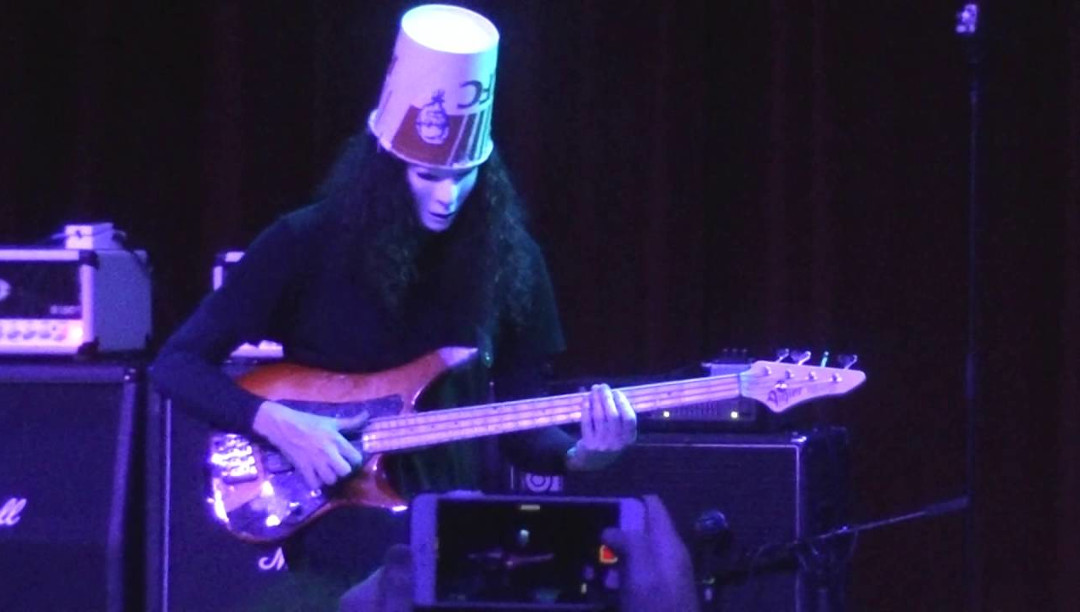 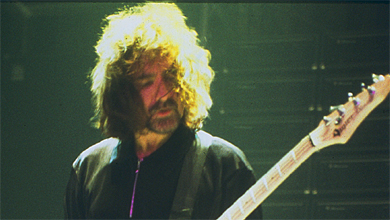 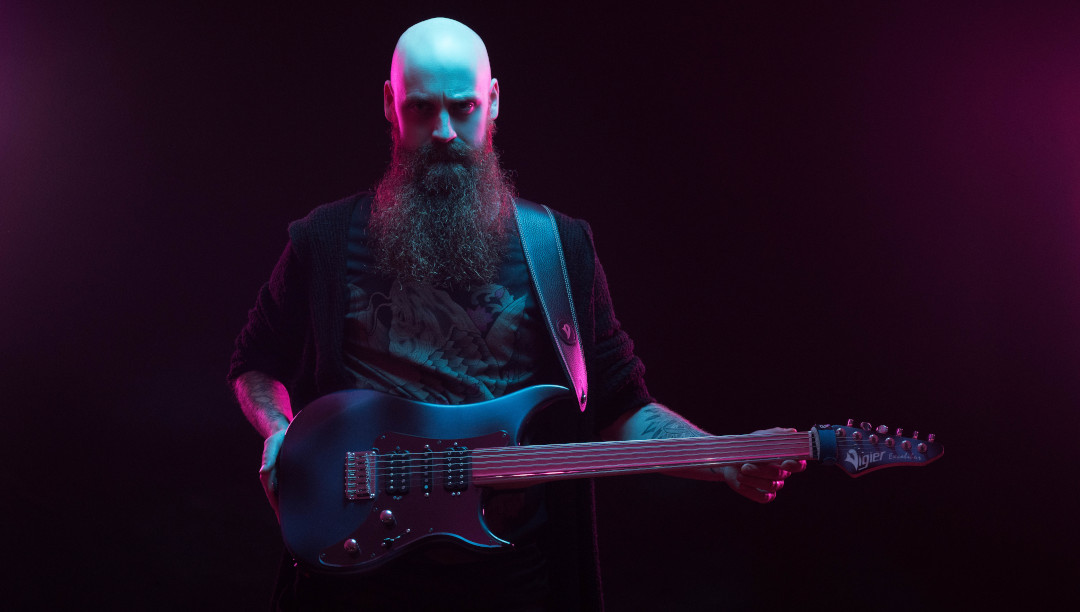 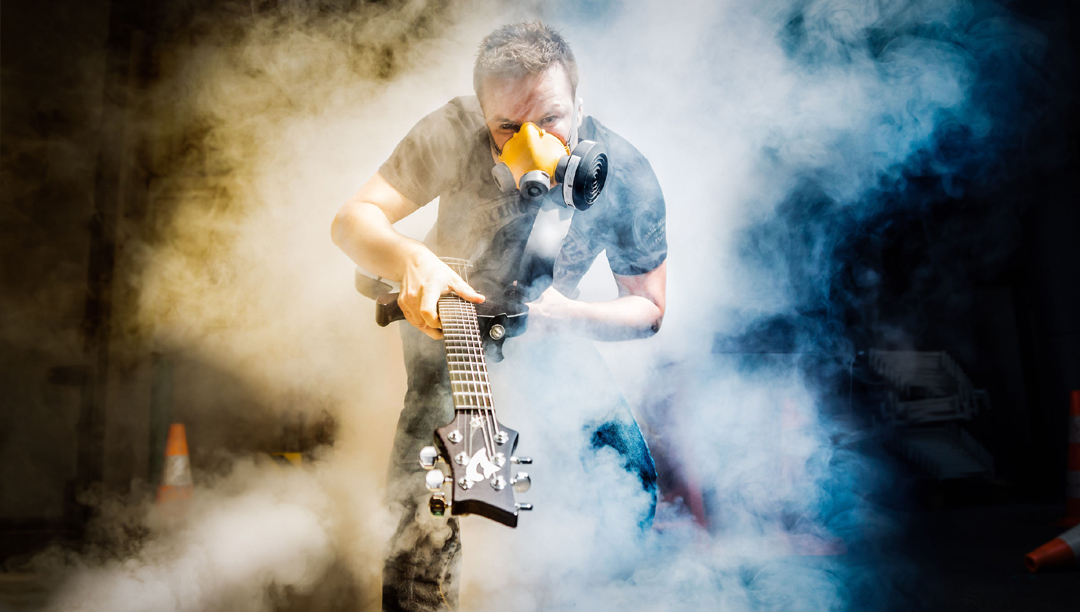 French solo guitarist of Rock and Classical music, he is also an educational speaker for Guitar Part magazine. 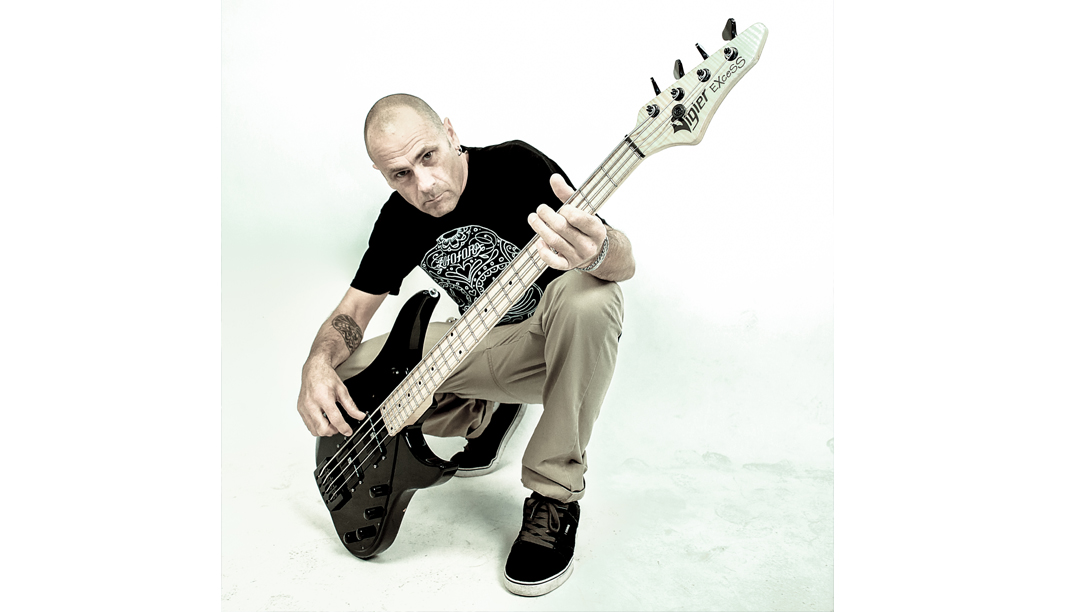 Bass player of the mythical French Metal / Punk / Fusion band Lofofora, he is also a member of the collective Le Bal des enragés. 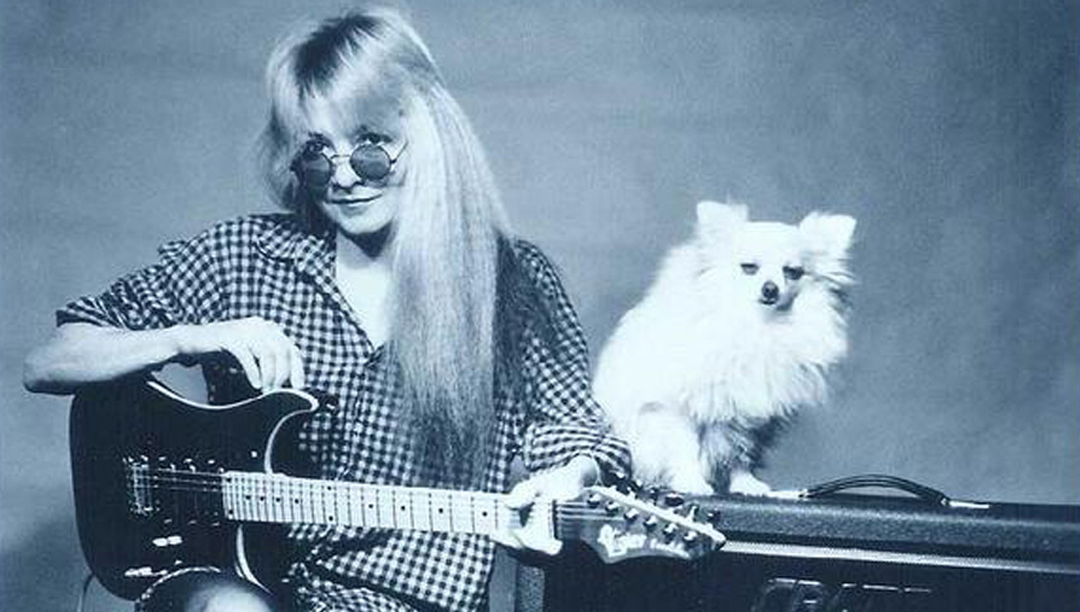 Guitarist from New York (United States) and leader of the Rock-Pop band Ronni Crooks Band, she was also a member of the band Toys. 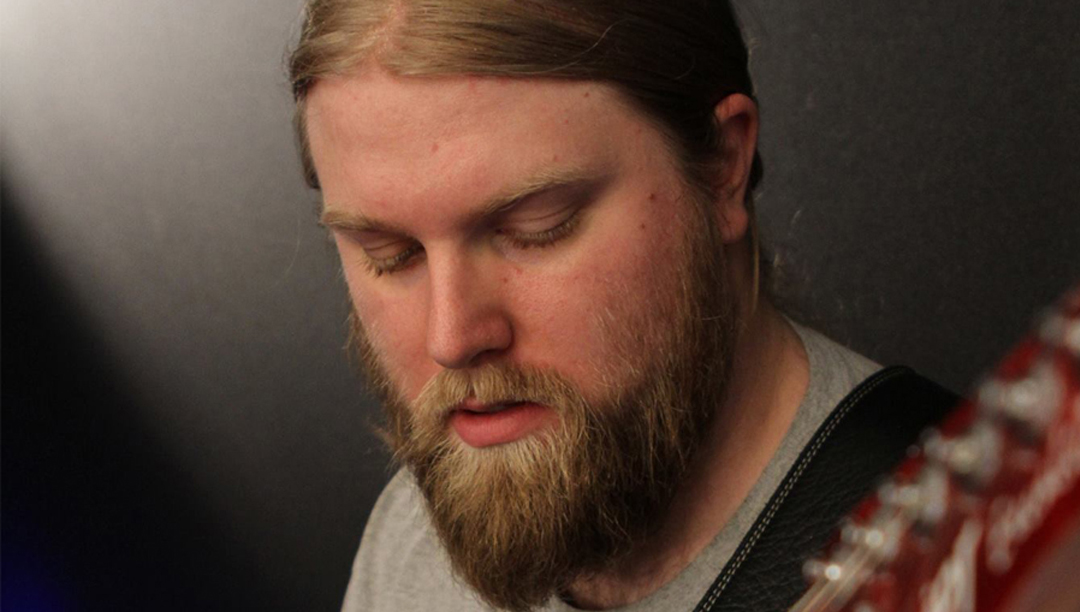 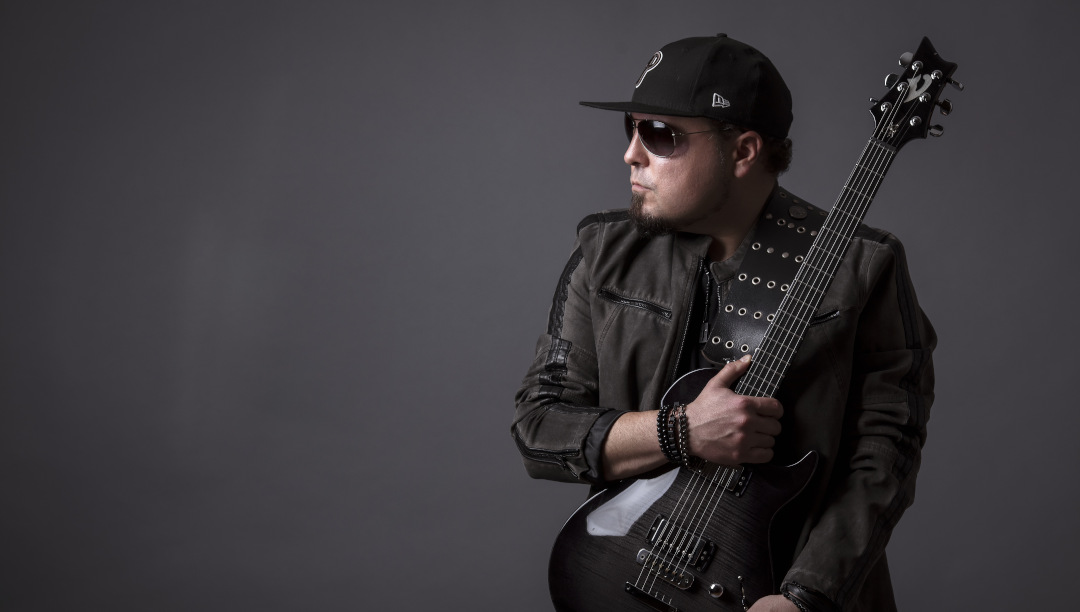 Shawn Christie has been playing guitar for over twenty five years, and has been fortunate enough to share the stage with some of his heroes, such as Guthrie Govan (Asia, Dizzee Rascal, The Aristocrats) Bryan Beller (Dethklok, Steve Vai, Joe Satriani) Alex Skolnick (Testament, Trans Siberian Orchestra) and 10 time Grammy winners Take 6.

Over the years, Shawn has remained extremely active through recording, clinics and live performances. He has performed with numerous regional and national musicians such as drummer James Bradley Jr. (Chuck Mangione, Anita Baker, Jeffrey Osbourne, Crazytown). He also could be found holding down steady positions in two full production shows in Atlantic City: Legends in Concert and Royal Jelly. Between these two shows, Shawn performed a whopping 522 shows in one year!

Along with all those dates, he remains a dedicated instructor. Shawn has been an Artist in Residence/Clinician for New Jersey State Council for the Arts, and continues to educate students privately.

Elias Granillo, from the progressive rock site Sea of Tranquility writes: “Shawn Christie has no need to find himself pigeonholed, and won’t anytime soon, unless he doesn’t mind being compared to a chameleon, since he’s already gone from John Petrucci, to Tony MacAlpine, to Pat Metheny in roughly half of an album.”

Ever the “chameleon” of styles, Shawn was chosen as the winner of 92.5WXTU's unplugged contest in 2018, becoming the house musician for the station as well as performing alongside the likes of country superstars Dierks Bentley, Brothers Osbourne, Lanco and Morgan Whalen. 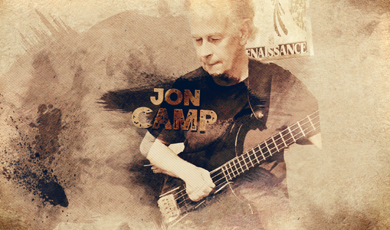 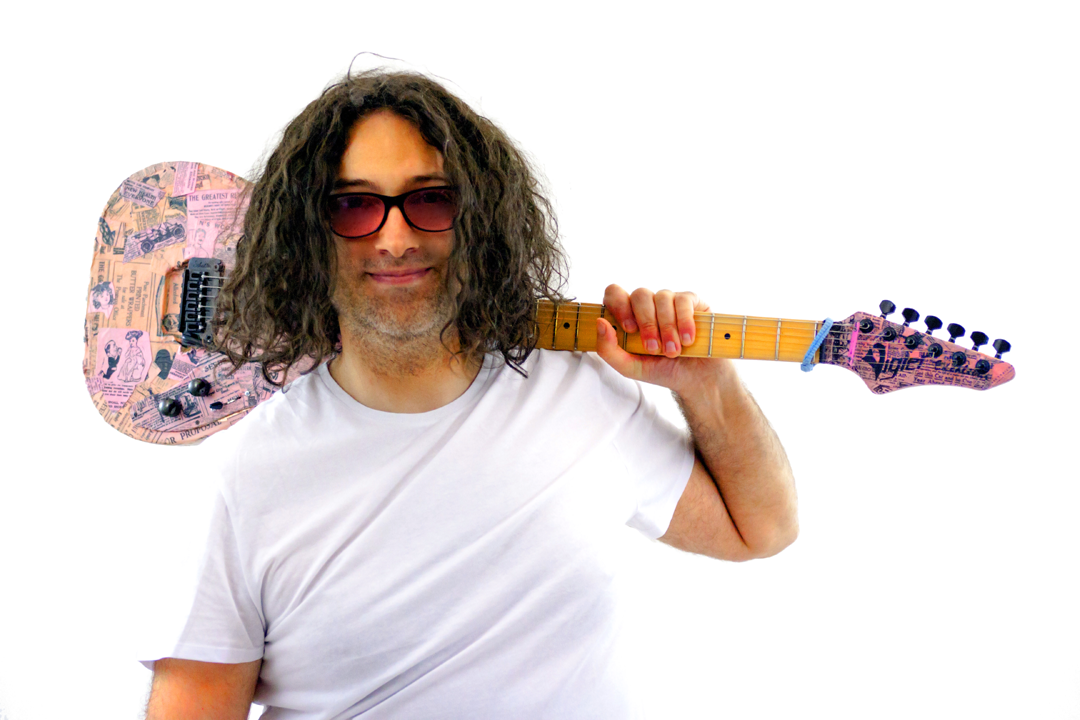 He is a session player and has worked and played with hundreds of artists and production teams. He won the “Make Shred Great Again” guitar award at the world’s most famous guitar contest “Guitar Idol” at the Final in London, 2017.

Most of his Vigier guitars are pink, specially made for him based on a pink baby bottle. 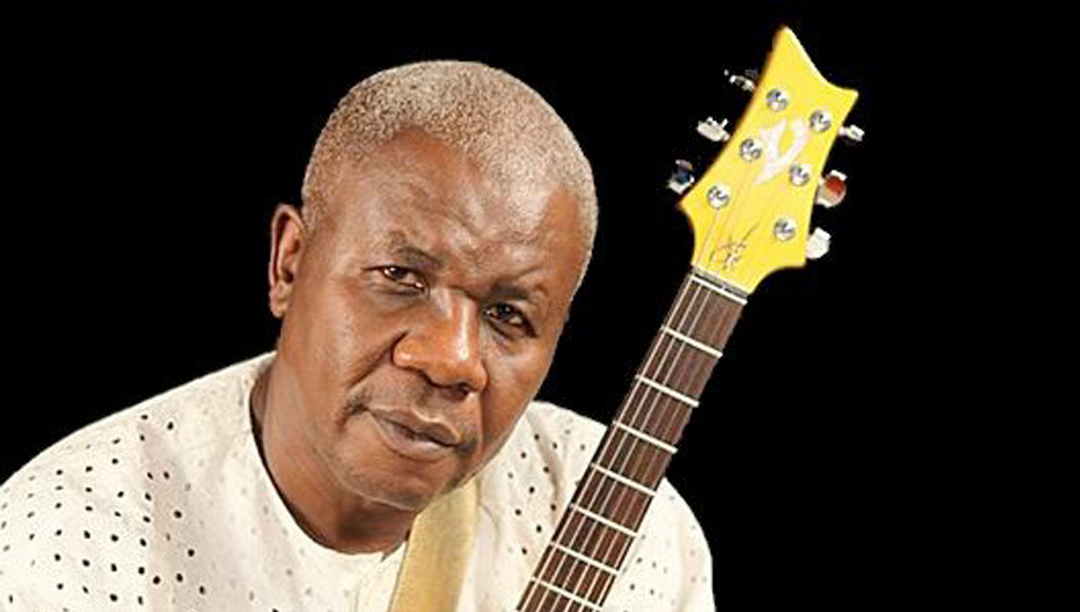 He calls himself  “Ndinga-Man” or the guitar man. His music is a medium allowing him to denounce the malaise of Cameroonian society. “I sing for all the victims of society”. These victims are the neglected children of “planetary slums, the zonards, the suburbs”, to whom he asks to shake their miseries by … dancing. Lapiro de Mbanga is a singer with texts playing on a powerful and vigorous rhythm which recalls the makossa. 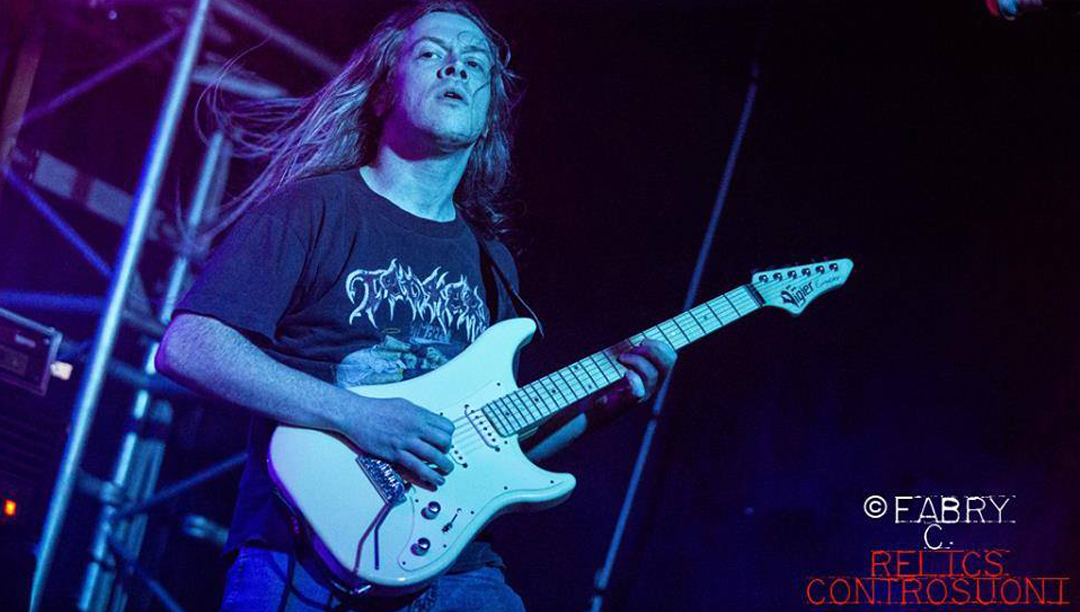 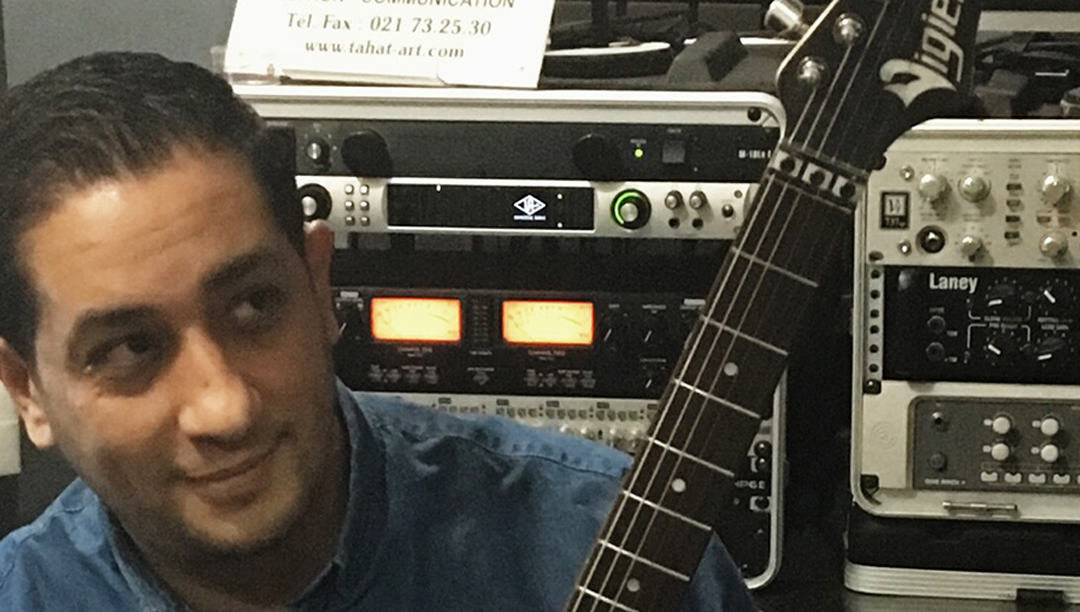 Algerian musician, he is a guitarist, producer and also composer of many artists, notably Amel Zen and Nadia Boumerdassi. 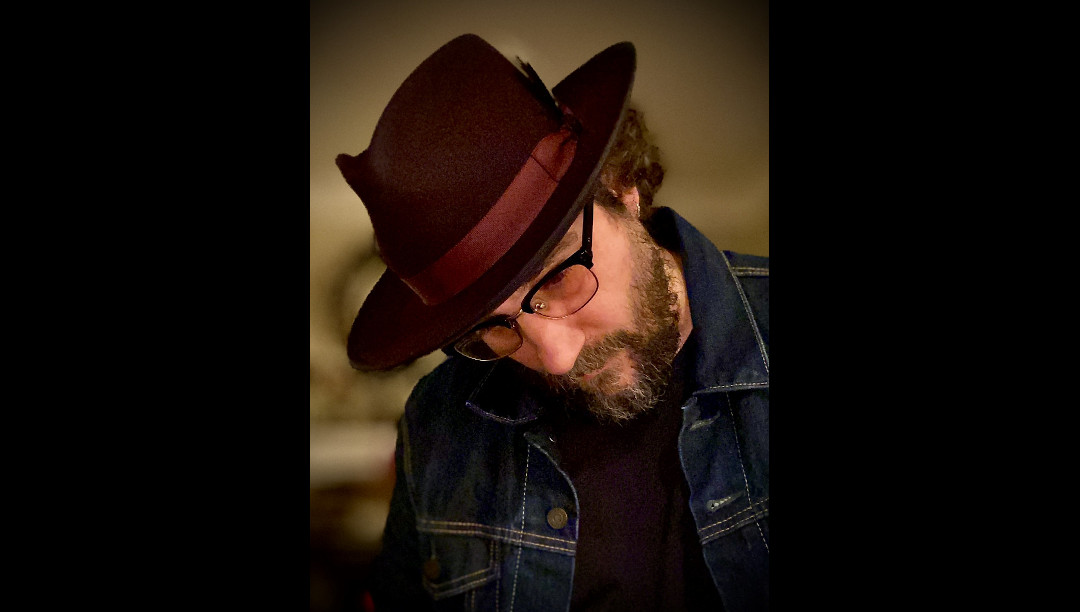 Buck Down
Band: Buck AE Down, The Mutaytor
Vigier artist since: 2007

Buck AE Down is an LA musician, graphic designer and writer whose approach to all these creative endeavors always seems to be one step ahead of the curve. 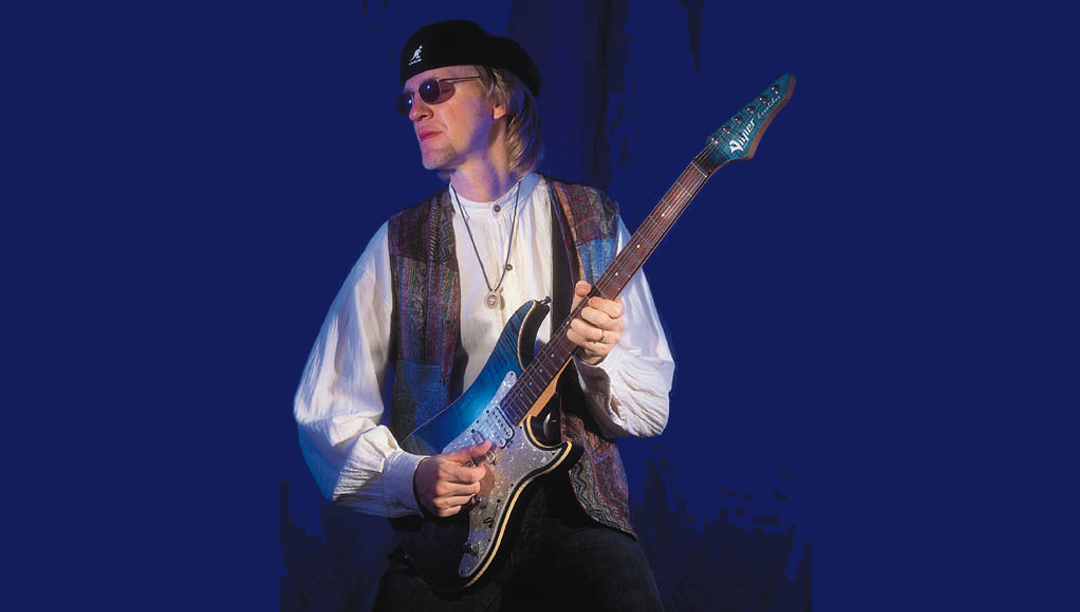 Graig Erickson
Vigier artist since: 1998
Cradled by music from an early age (his father was a recognized jazz guitarist and his mother a piano teacher), Craig Erickson grew up in jazz and classical music.
Craig Erickson formed his first band at the age of 13 and recorded his first record at the age of 14. His first real album, called Roadhouse Stomp, was recorded in San Francisco in 1992.
He was successful enough to allow Craig to record his second solo album the following year, Retro Blues.
It was the starting point of Craig Erickson's career since, following this album, Craig collaborated with many artists like Chris Duarte, Eugene Gales or Glenn Hughes and made several tours in Europe in company of the latter. 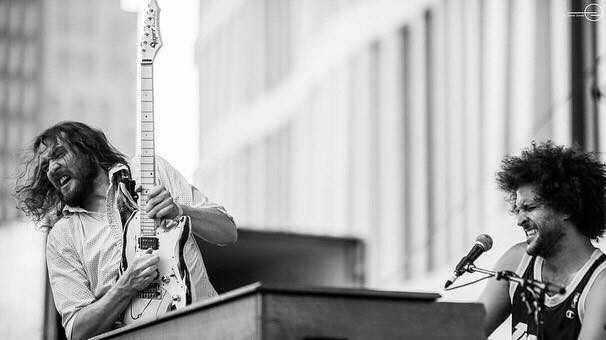 Shawn is the guitar wizard behind the madness that is Andy Frasco & the U.N. Their positively insane live show and feel good music are shining examples that rock music is going to be OK. 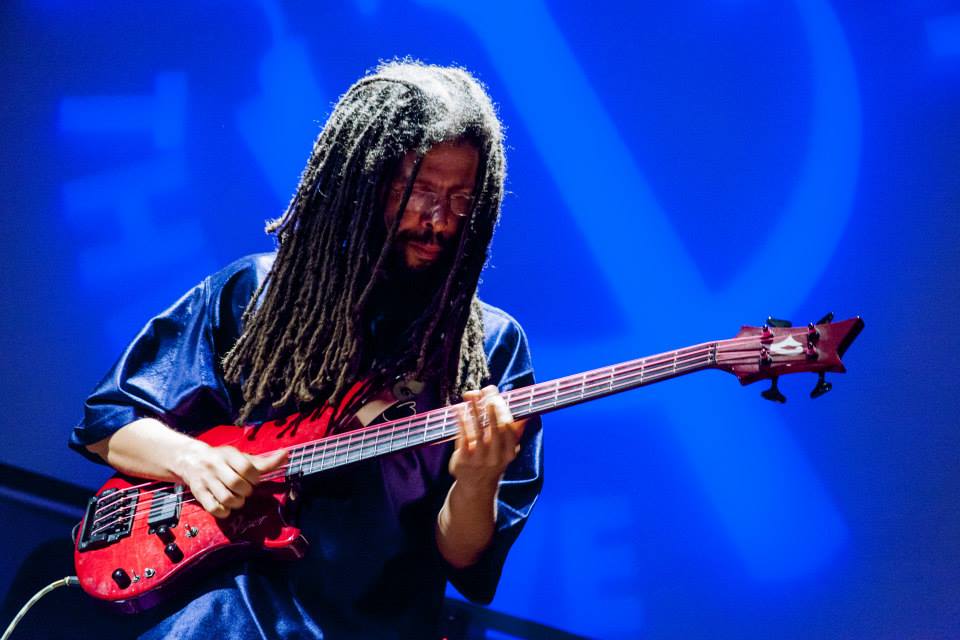 Bassist for Funk, Dub and Afro-Beat, he is known for his band Exentric Sound System.