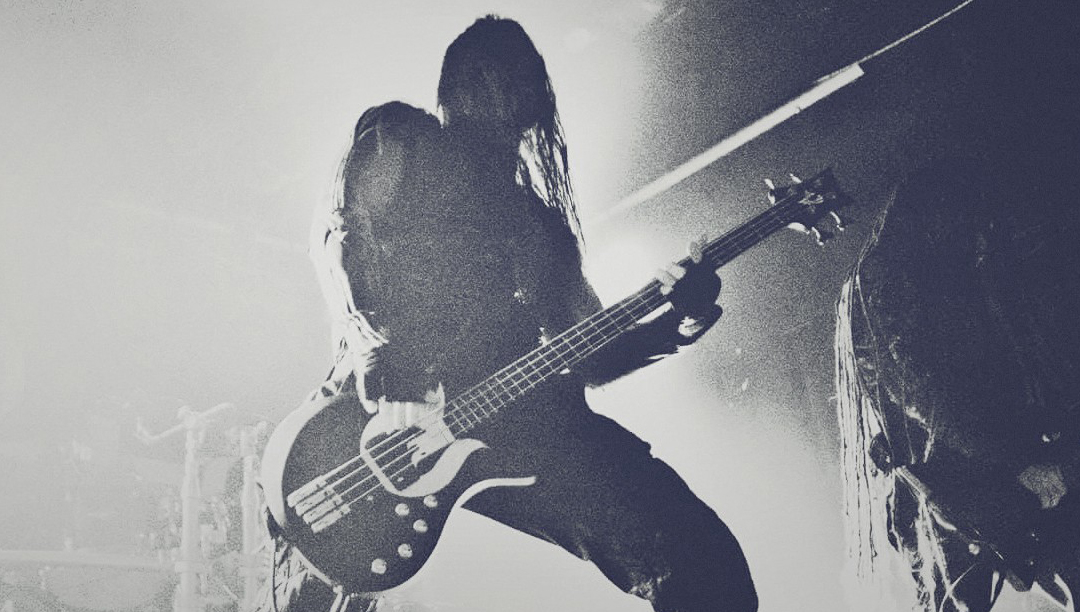 Bass player and singer of the symphonic Death Metal band Septic Flesh, they are also a renowned graphic artist having created various album covers for large groups on the international Metal scene, he is also a member of the “Chamber of fine arts of Greece” . 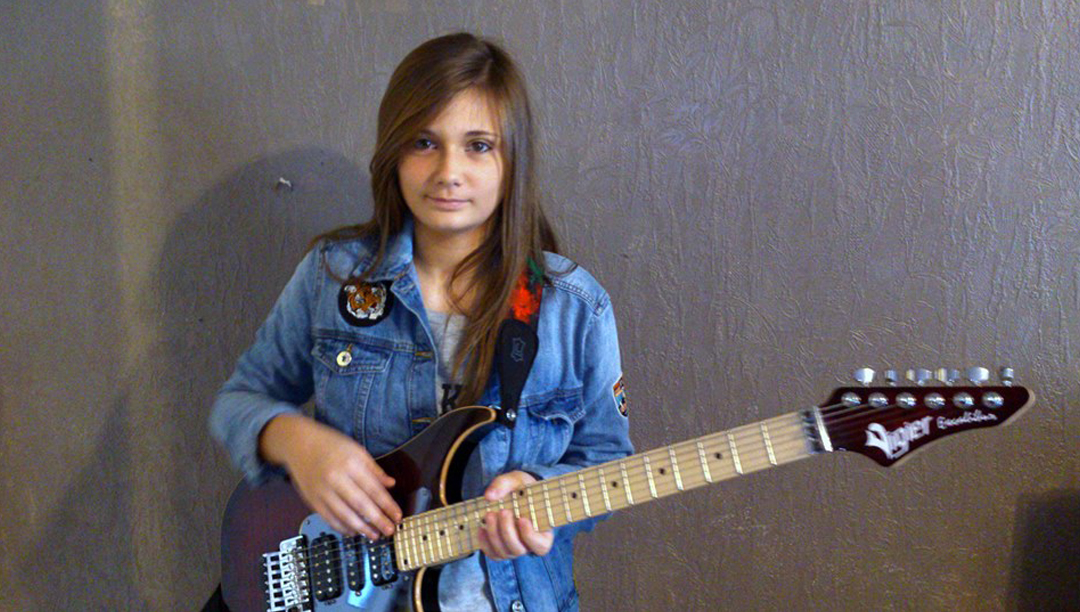 Young virtuoso guitarist, she became known as of these 13 years old by taking up in the form of videos the titles of “Guitar Hero” technically difficult to play. 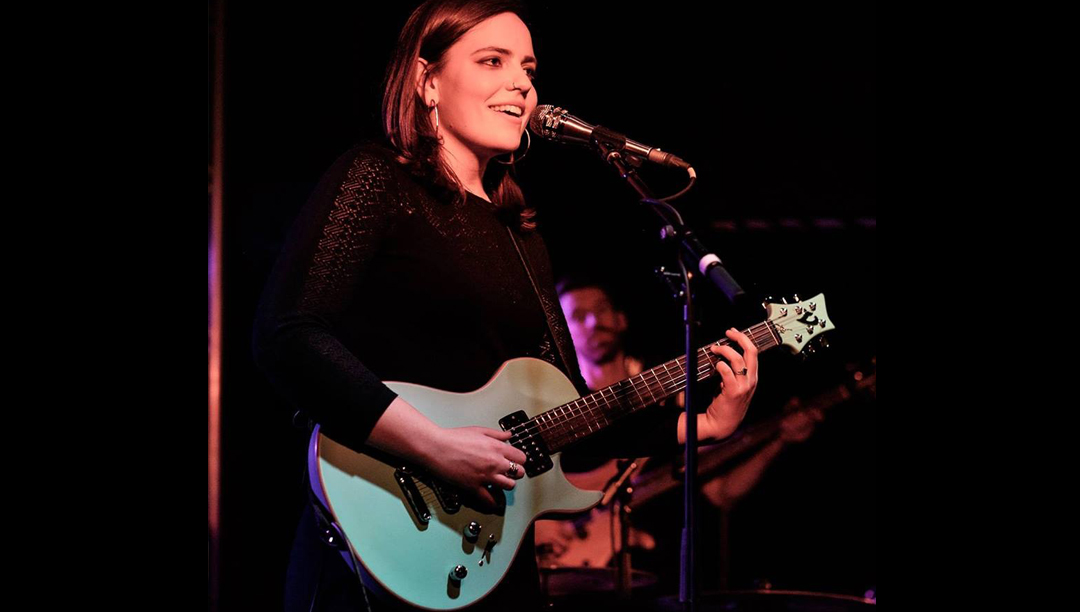 Combining her sultry voice and electric guitar to create pop songs imbued with blues and soul, songwriting by Mary Spender highlights her guitar playing style as well as her wide vocal range.
Mary has trained a niche audience that appreciates her unique style of playing and performance, but all of this was due to the launch of a YouTube series called “Tuesday Talks,” which is primarily aimed at guitarists and songwriters. Mary shares her own experiences or interviews eminent artists such as Santana, KT Tunstall and James Valentine (Maroon 5). 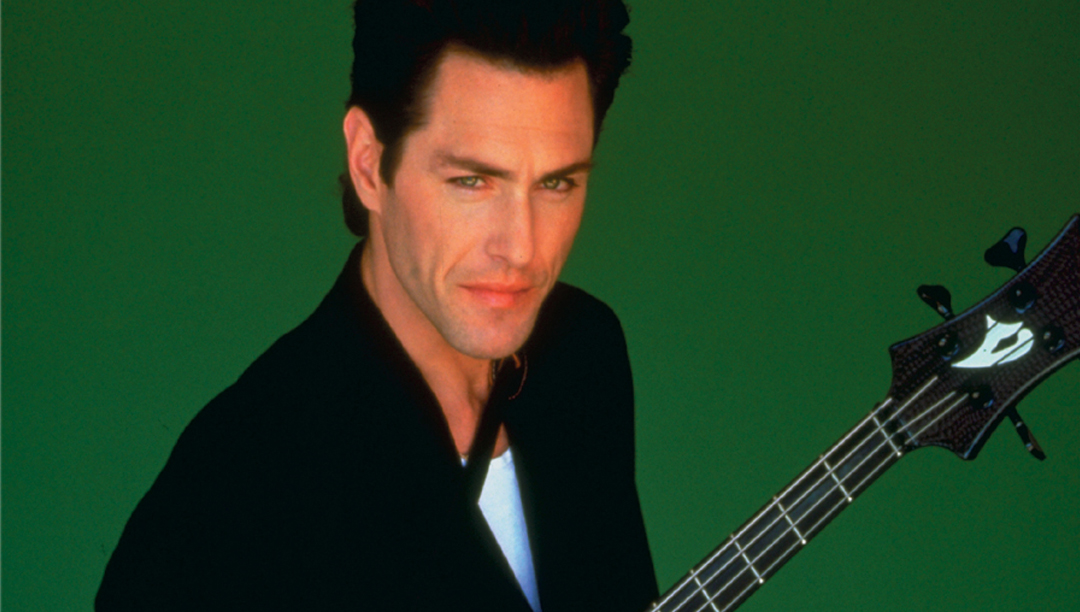 Tony Sales is an American bass player, he is the brother Soupy Sales of the drummer band Hunt Sales. He was part of the bands Tony & The Tigers, Checkered Past, Dyoxen, and especially Tin Machine, the band of David Bowie. He has also worked with Todd Rundgren, Ray Manzarek, and Iggy Pop. 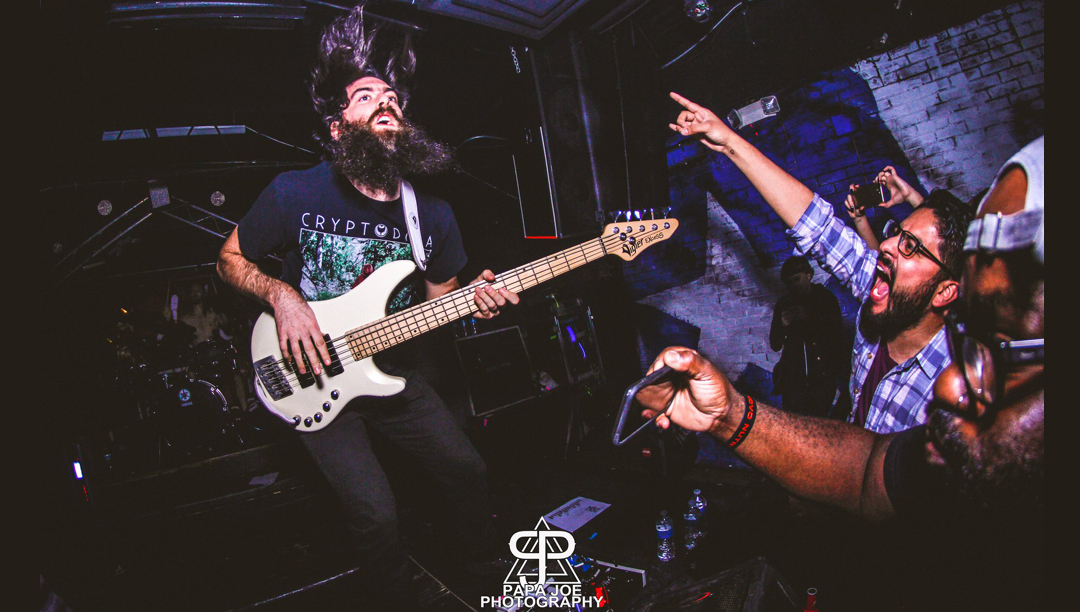 American bass player on the bands : The Number 12 Looks Like You, Elephant Graveyard, Black Table and Dead Empires. 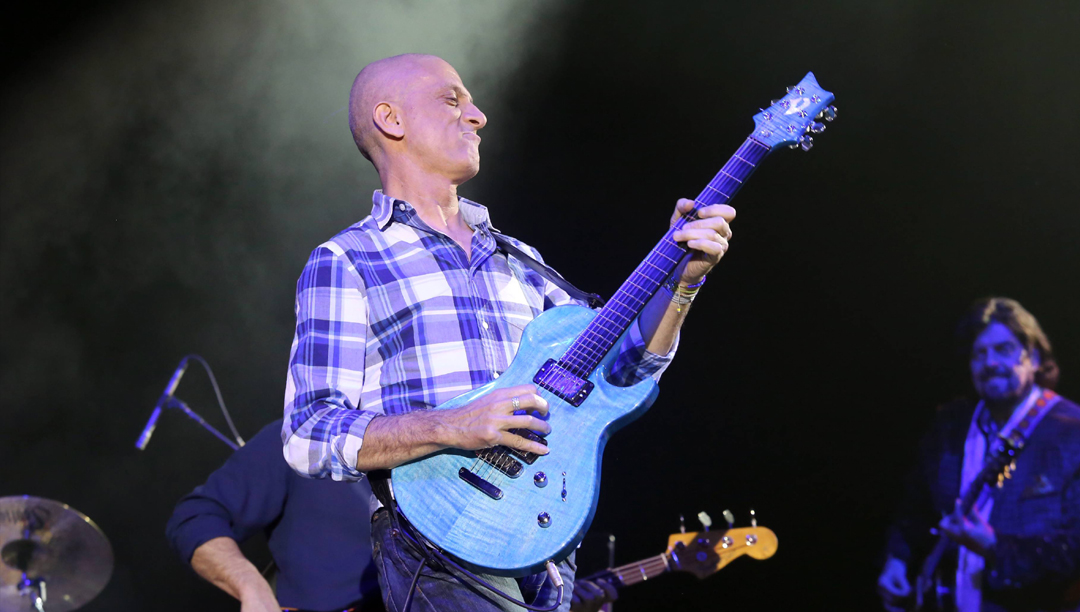 Israeli session guitarist who has played with many artists and on several film scores.

Tony Smotherman
Band: Tony Smotherman Project
Vigier artist since: 2011
Tony Smotherman was introduced to the music of Johan Sebastian Bach when he was 15. He immediately purchased all the Bach he could get his hands on. His passion for Bach inspired him to take classical guitar lessons. Within a few months Tony was practicing at least six hours a day. It was during Tony’s senior year that one of his teachers submitted some of Tony’s musical work to Queen Elizabeth II. The Queen not only received his music, but also sent notes of encouragement, describing his classical guitar skills as “highly sophisticated.”Tony wanted to explore a different side of guitar, and bought his first electric. His Early influences were Jimi Hendrix and Yngwie Malmsteen. In mid 2000, Tony began to experiment with the Sitar and Sarod, two important instruments in Northern Indian classical music. Tony became motivated to create his own musical style, using the techniques and vital nuances that bring the vocal-like quality of Indian music to the electric guitar but expanding into other styles. Continuing to follow a unique musical approach, a style and sound all his own began to emerge . Tony’s musical world incorporates styles of Rock, Eastern Music, Blues, Funk , open tunings and more. Tony has opened for and played with a vast array of national and international touring acts including Richie Kotzen, Tony MacAlpine, Buddy Miles, Rick Derringer,Leon Russell, and Adrian Legg.

In 2019 Tony released his 4th solo album Silent Storms, a mix of Neo-Classical and Hard Rock instrumentals. Tony's also released numerous instructional videos with Truefire. Tony has been a regular contributor to Guitar Player and Guitar World Magazine with Instructional columns.Tony currently hosts a local TV show in North Florida called “Your Jax Music “on TVV12 His segment is titled “Techniques for the Modern Guitarist.” Tony continues to tour his band nationally as well as hosting Guitar Clinics in music stores across the east coast.

Silent Storms
Universal Melody
The Light Within
Embracing the Spirit 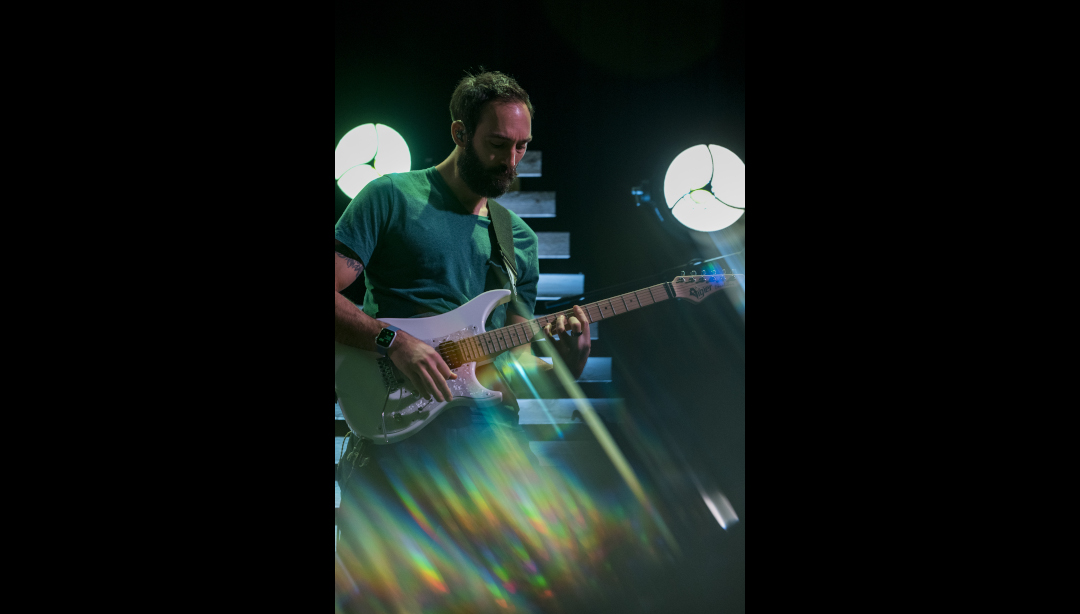 Mark Salamango is a guitar player based out of Detroit, Michigan.  He started his musical journey on saxophone where he played in successful bands until college when he decided that he should pick up the only instrument that would make the ladies swoon more…the guitar.  That love affair hasn’t missed a beat.  Initially enamoured with bands like Dream Theater, he slowly incorporated more fusion tastes into his playing and eventually found his way into the praise and worship scene.  Mark is the lead guitar player in the band Tall Dark and Jim, he plays in several “mega churches,” is working on a solo CD, and can occasionally be seen sitting in on the “Tony and Tina’s Wedding” musical. 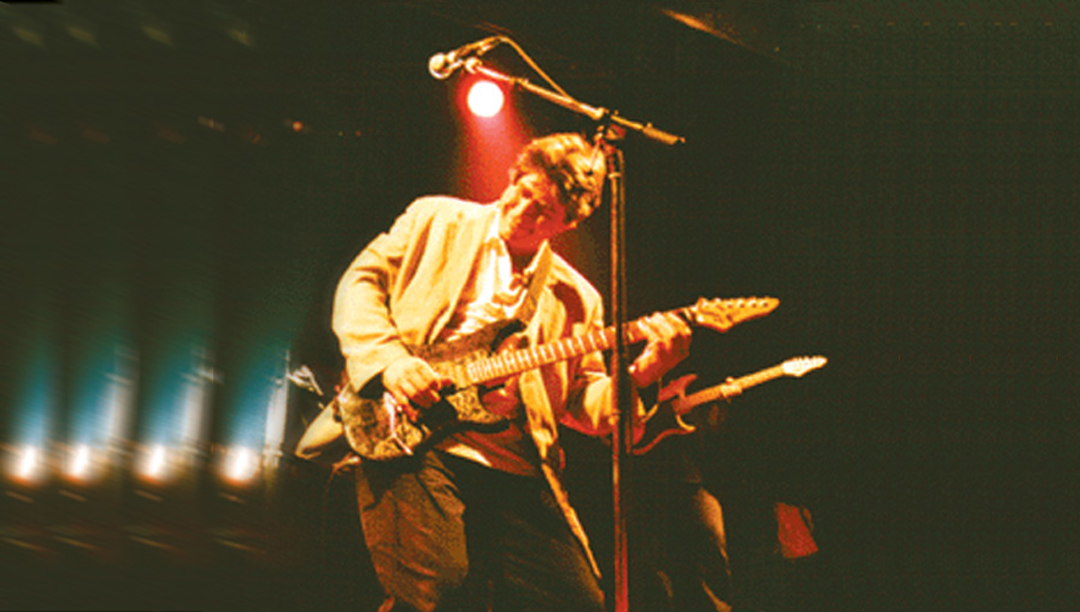 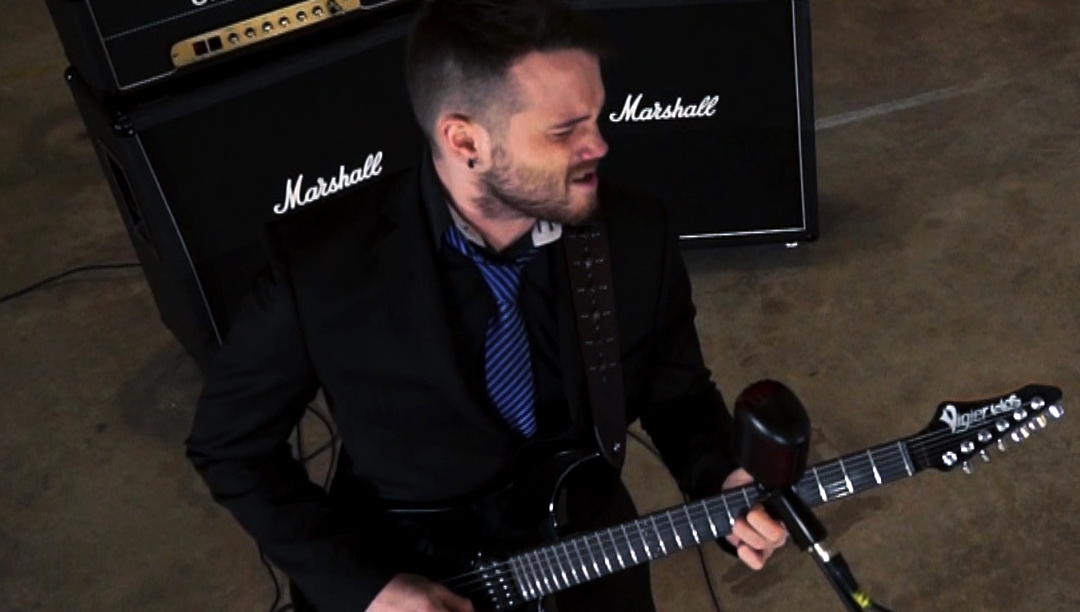 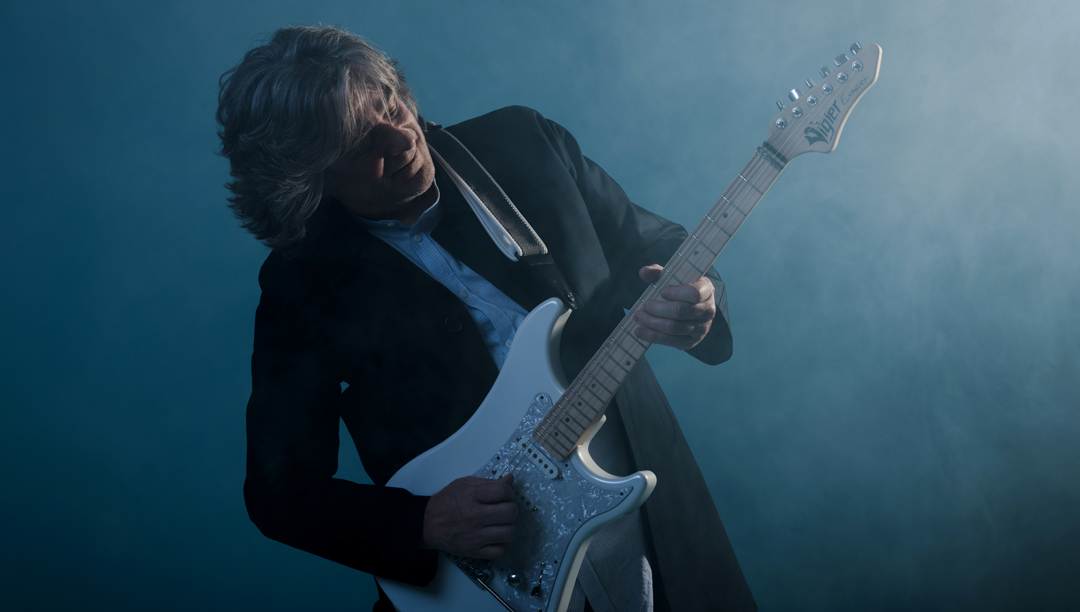 Creator of the emblematic Vigier guitars, he is also a guitarist in his own Hard Rock band called “Summer Storm” whose first album was released in 2019 under the name of “First”. 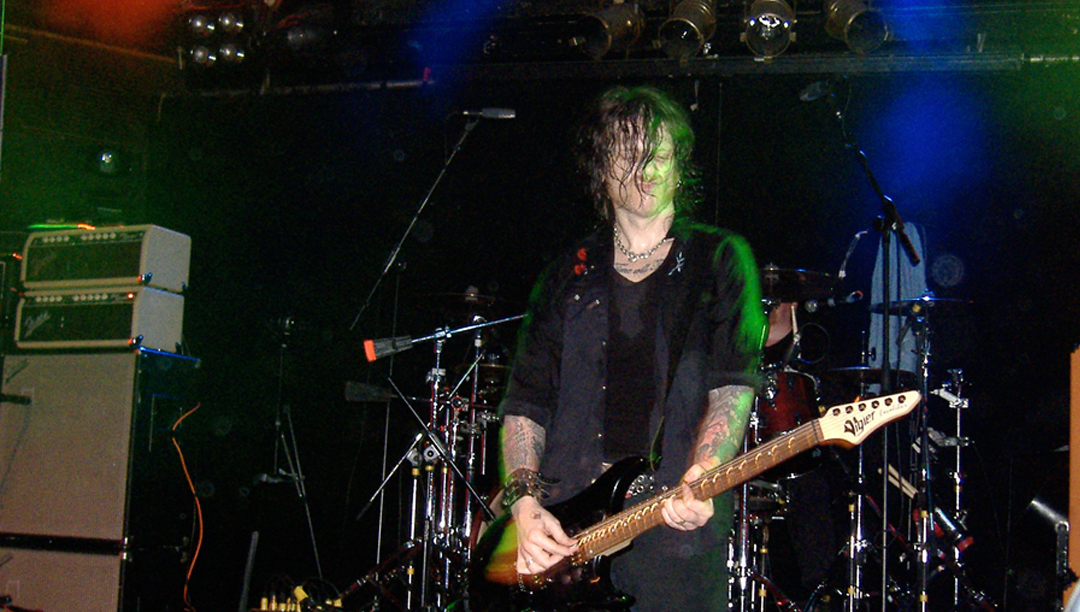 He is a North Irish musician and songwriter. He is the lead singer for Black Star Riders and Thin Lizzy. He is also the leader of the Scottish Hard Rock band The Almighty, with whom he was very successful in the UK throughout the 1990s, although the group is currently on hiatus. He has released several solo albums and performed with a variety of other bands and artists, and also directs his own group, The Fighting Hearts, to present his solo material. 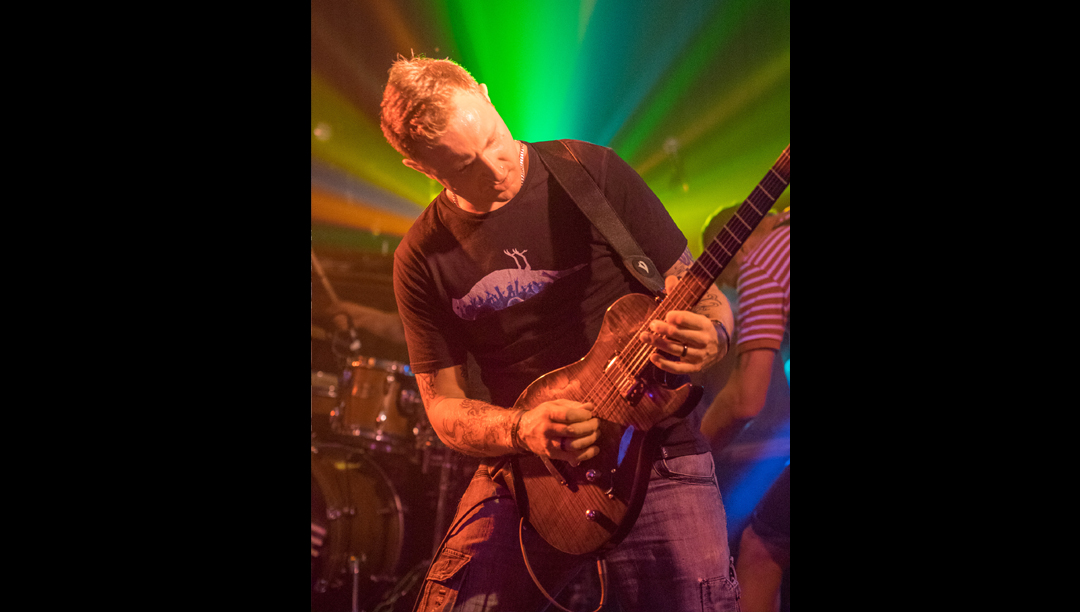 Ben’s passion for the guitar came about by pure accident, after picking one up at the young age of eleven. A little after his fourteenth birthday, he began playing live shows and his love for it developed from an enjoyable hobby into a complete lifestyle and he’s still heavily involved with it today.He was the driving force behind the impressive UK metal act ‘Junk DNA’ and gained a large fan base, spread across the country, from his energetic playing style and constant touring. Following the success of this project, Ben formed ‘This Illusion’, for which he was the main songwriter and took the band on several tours but is now focusing the attention on recorded material and providing the guitar and bass for studio albums. Both acts have had several worldwide releases that were very well received, pleasing existing fans along with attracting new ones. During this time, Ben collaborated with the likes of Paul Di’Anno (Former Iron Maiden frontman) and Jason Bowld (Pitschifter) both live and in the studio. As a result of Ben’s outstanding musical history, he has since been invited to demonstrate at and participate in both local and international trade shows. To accompany this, Ben also organises and leads guitar clinics to help people get the most out of their playing abilities. His expertise and very broad knowledge of guitars led him to the high-end company ‘Vigier’, whose instruments he has been playing for many years, as well as a Vigier artist Ben is now the UK Sales Manager – having opened their first UK office in 2007. 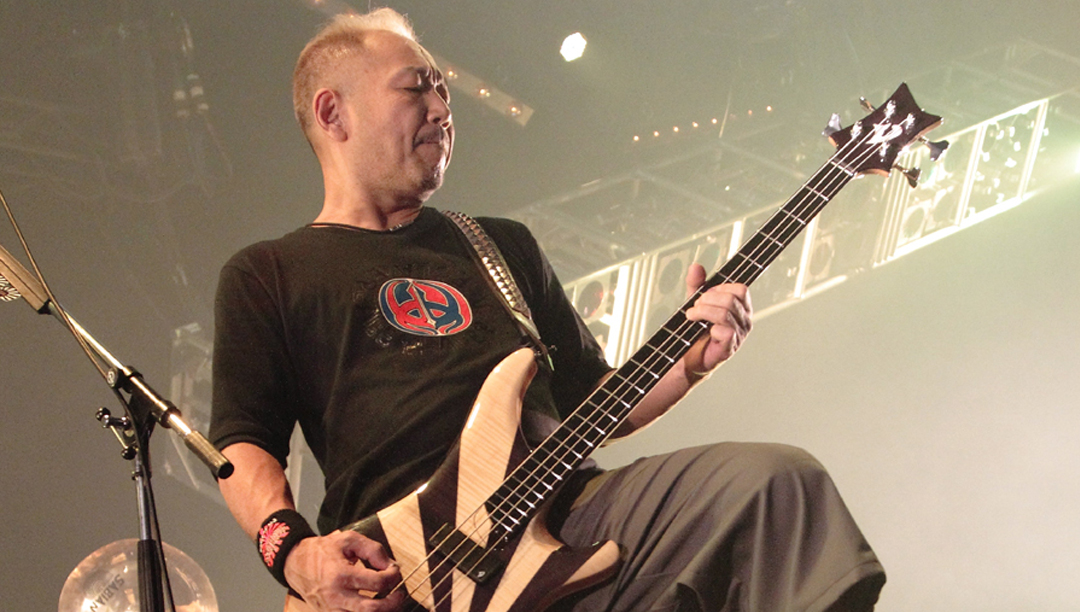 Masayoshi Yamashita
Band: Loudness
Vigier artist since: 2002
Yamashita Masayoshi is not just anyone: he is one of the four members of the legendary Japanese Heavy Metal group: Loudness. At the origin of the Heavy Metal fury which began in Japan in the 80s, Loudness remains to this day the reference group and its success is proof of this. Formed in 1981; the “Japanese Van Halen” as they are nicknamed, arrives quickly and has the general surprise to touch a large audience, opening the way to Japan for Hard Rock and Heavy Metal, styles which, unlike with us, remain to this day widely popular in the land of the rising sun.
Unlike the other big Japanese group, X Japan, Loudness succeeded in 1985, which no non-Western group had succeeded. With their 4th and now legendary album “Thunder in the East”, they seduce a part of the American public of the 80s in need of guitar-heroes. Thanks to the legendary guitarist Akira Takasaki, his childhood friend, Yamashita found himself propelled into full madness Hair Metal US, passing on MTV and playing on festivals alongside the biggest American groups (Dokken, Poison etc…). At the beginning of the 90s, the end of “Hair Metal” fashion also marked the departure of Yamashita, the group then took on a grunge-experimental direction.
In 2004, Yamashita is back, the group made a remarkable reformation, a great tour and immediately released a new album and an album of covers of their old hits. Two other albums will follow.
Far from having calmed down, their style is today even more aggressive and trash than originally, and continues to seduce the Japanese, always demanding extreme music. They are considered living legends.